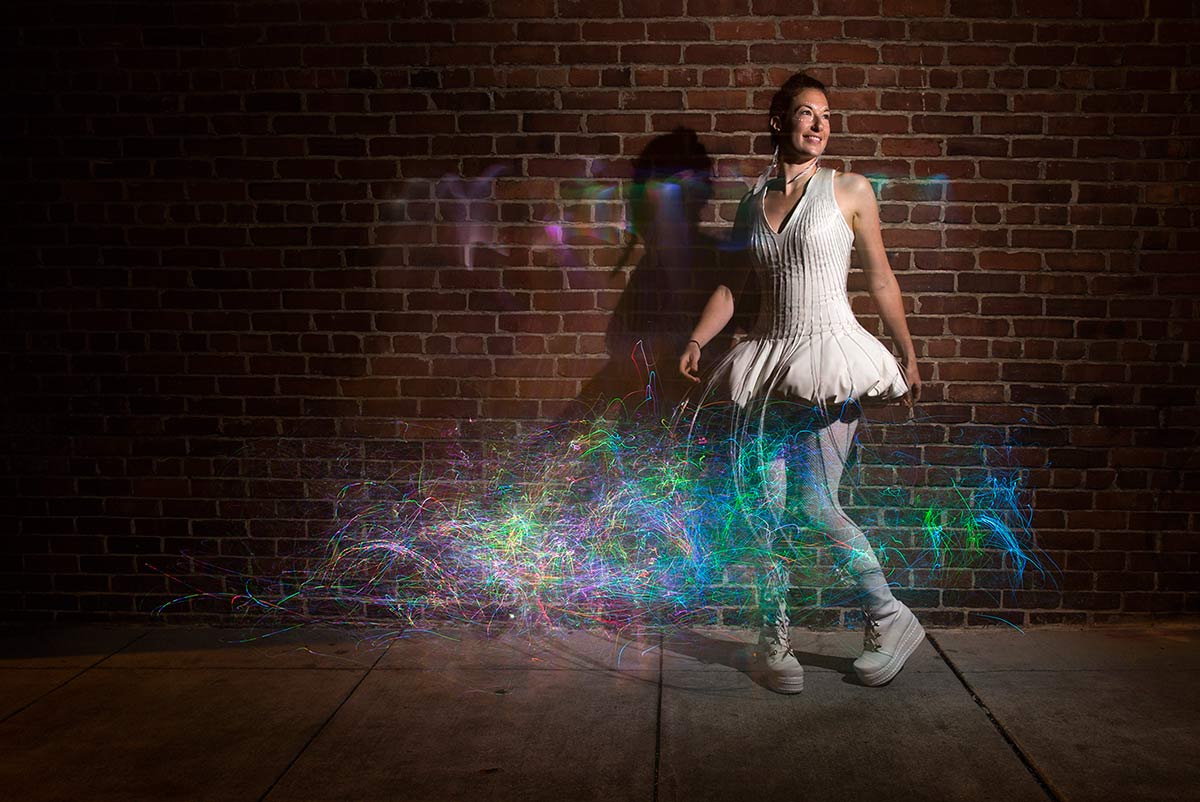 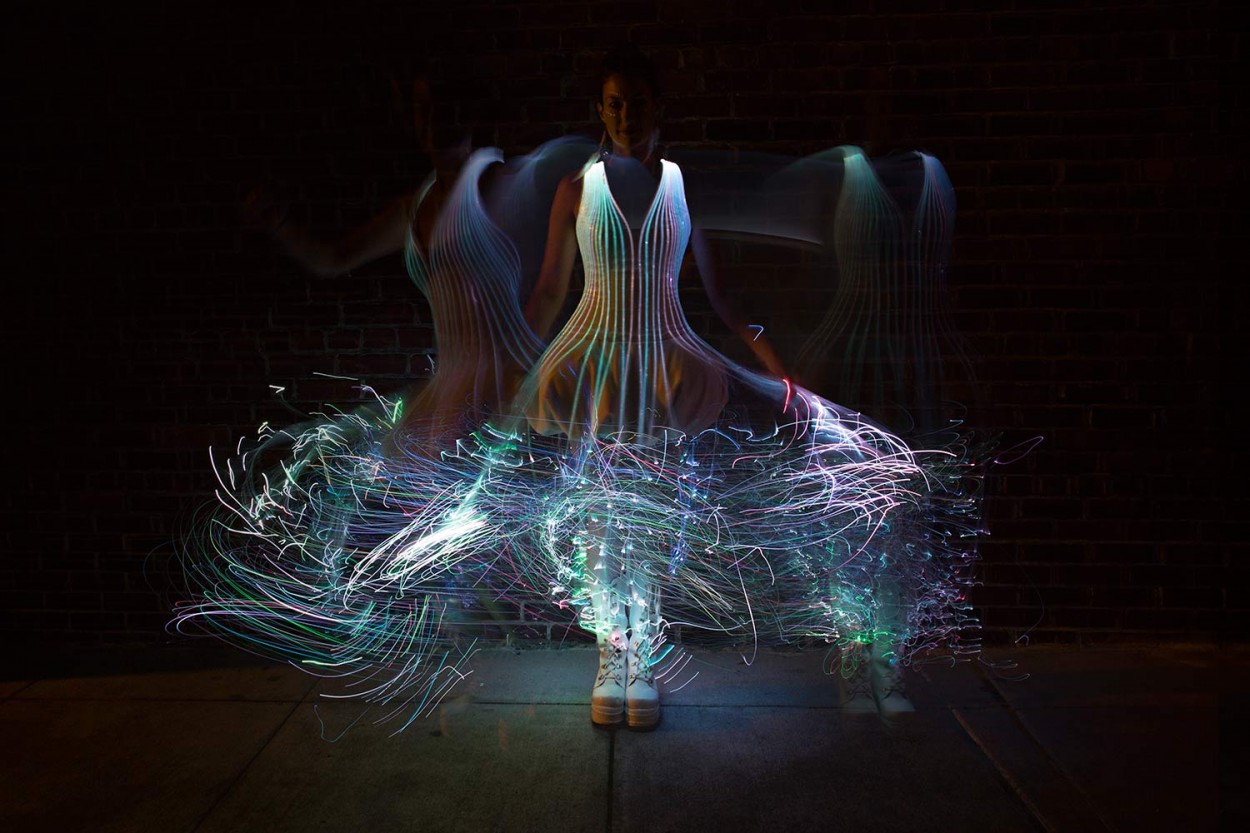 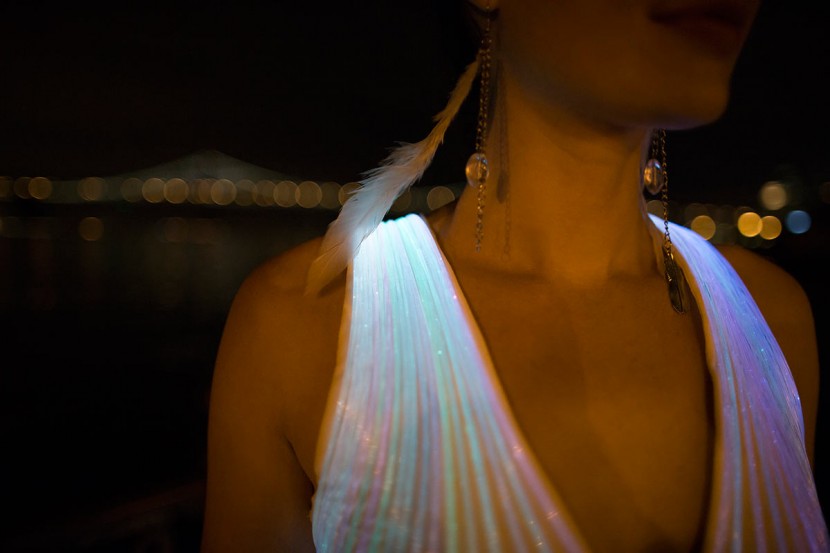 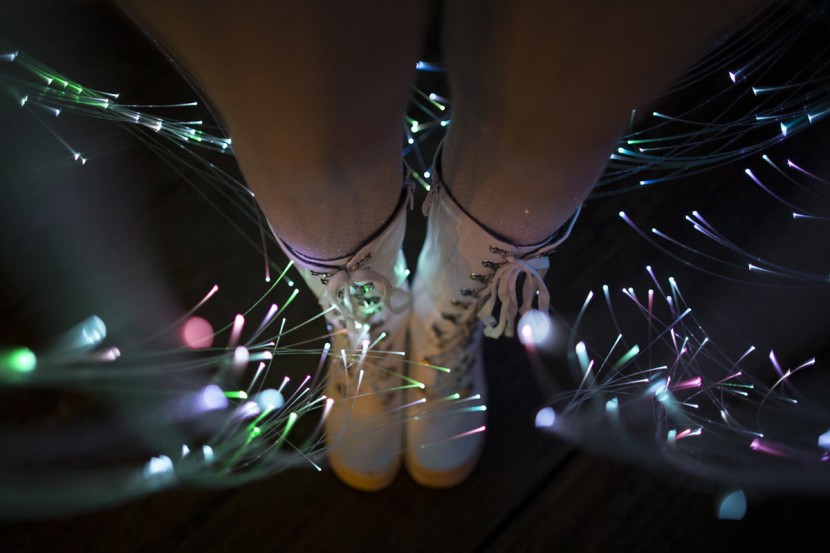 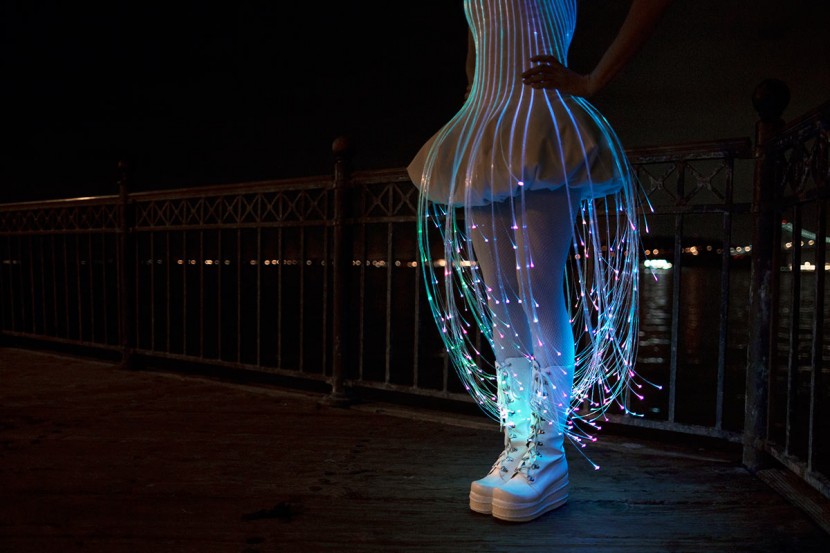 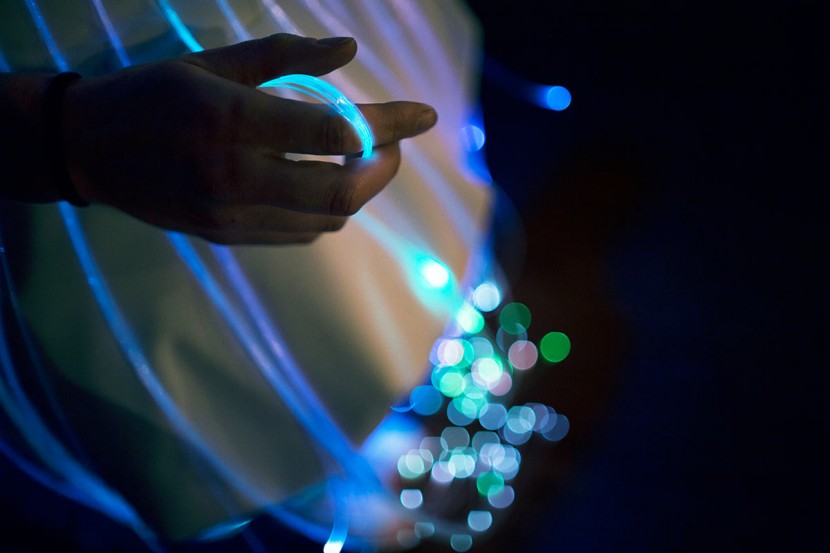 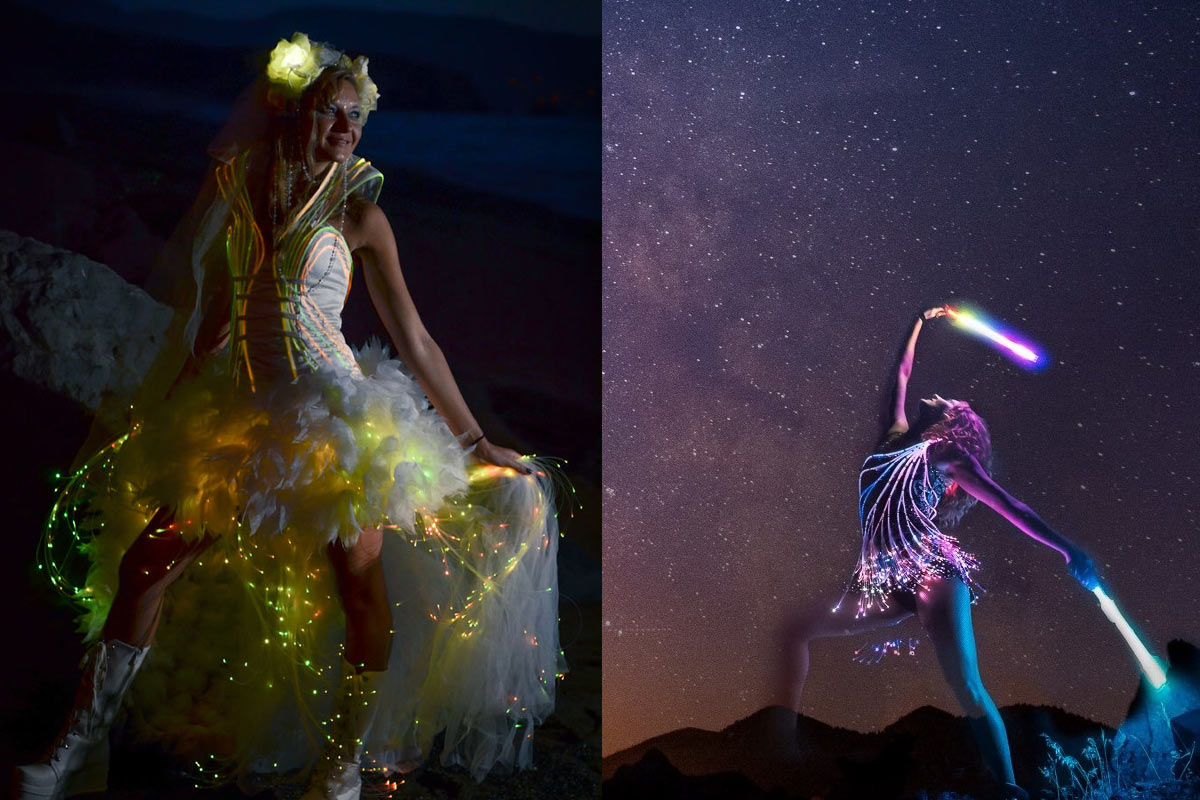 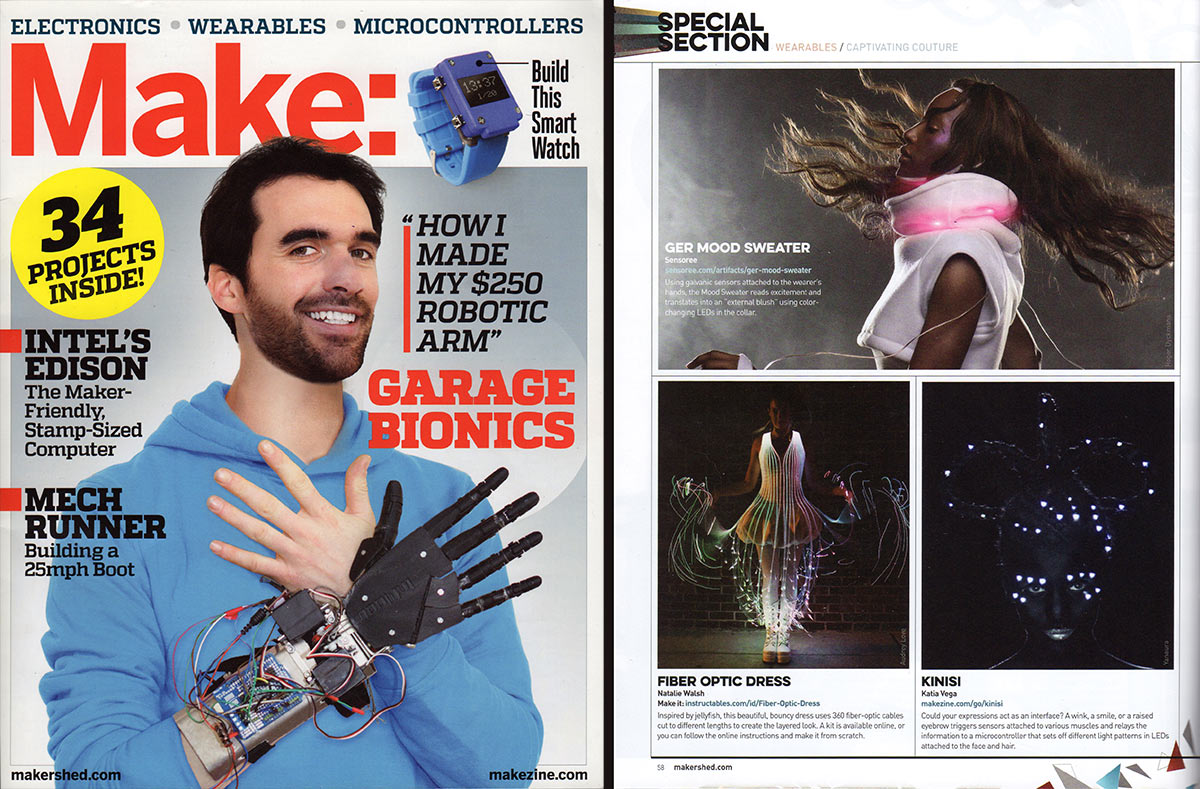 The inspiration for this dress followed the first time I saw this fiberoptic product in action. I was at a festival when I saw a bloom of fiber optic jellyfish approach, and they created such a beautiful effect that I knew I had to turn the concept into something wearable. I’d been wanting to incorporate fiber optics into fashion for a while, but this solidified the idea.

This dress has been featured in Wired and Make magazines, as well as many online publications.  I have personally run into a large handful out in the wild, which is an incredible feelings as a designer to see how many people have taken the time to make a version of this very time consuming dress for themselves.  Some examples that others have made are shown in the second to last image, with the version on the left made by the talented Mikaela Holmes, and the version on the right created for amazing figure skater Ashley Clark.

Fiber optics are from Ants on a Melon, and photos by audreyobsura.  Full tutorial is on Instructables.

Please note that this is not a retail product for sale.